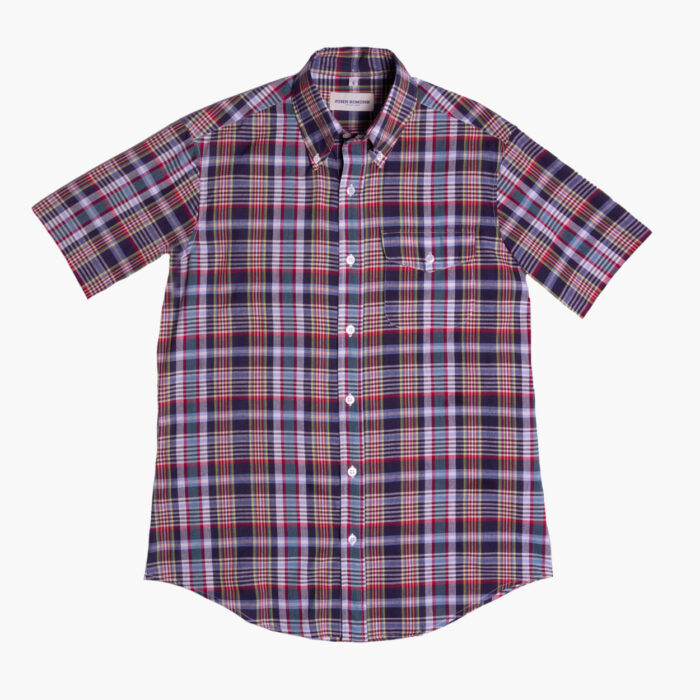 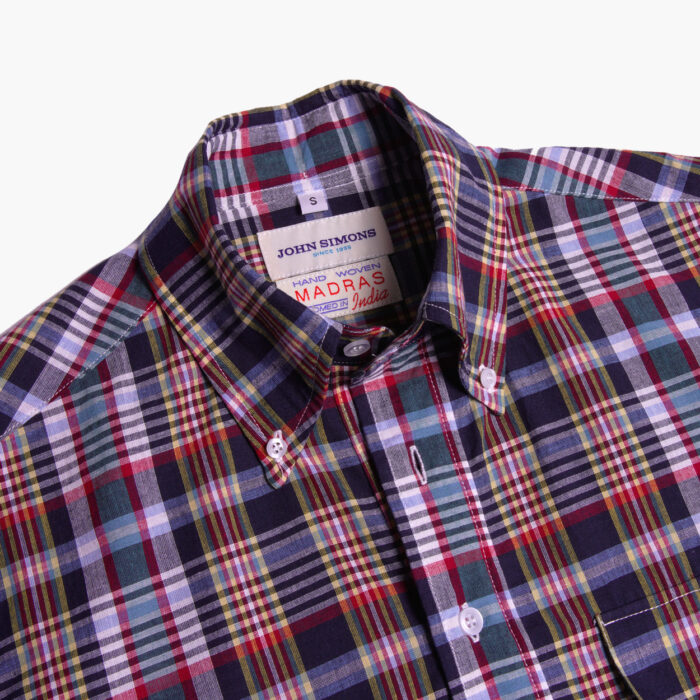 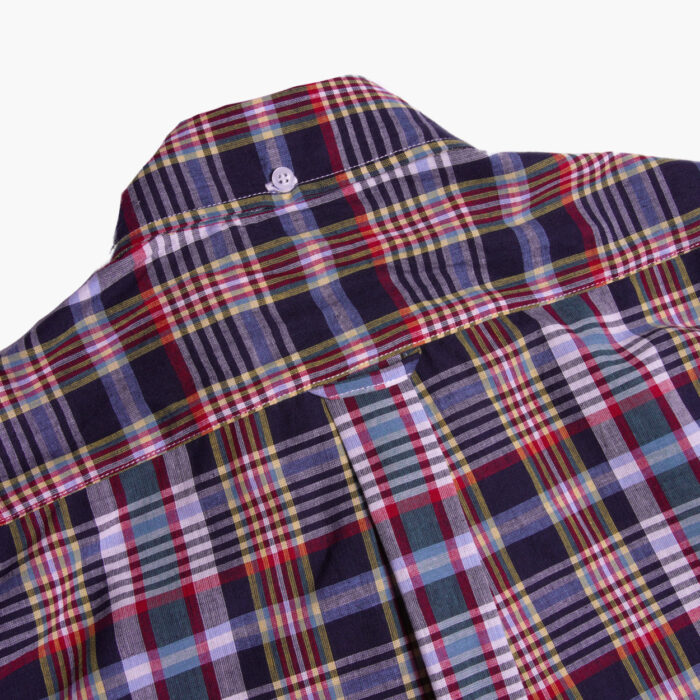 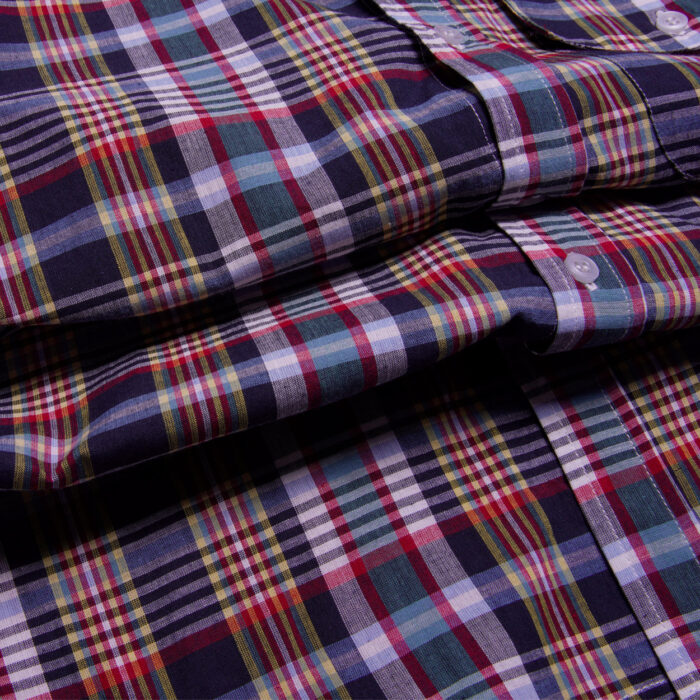 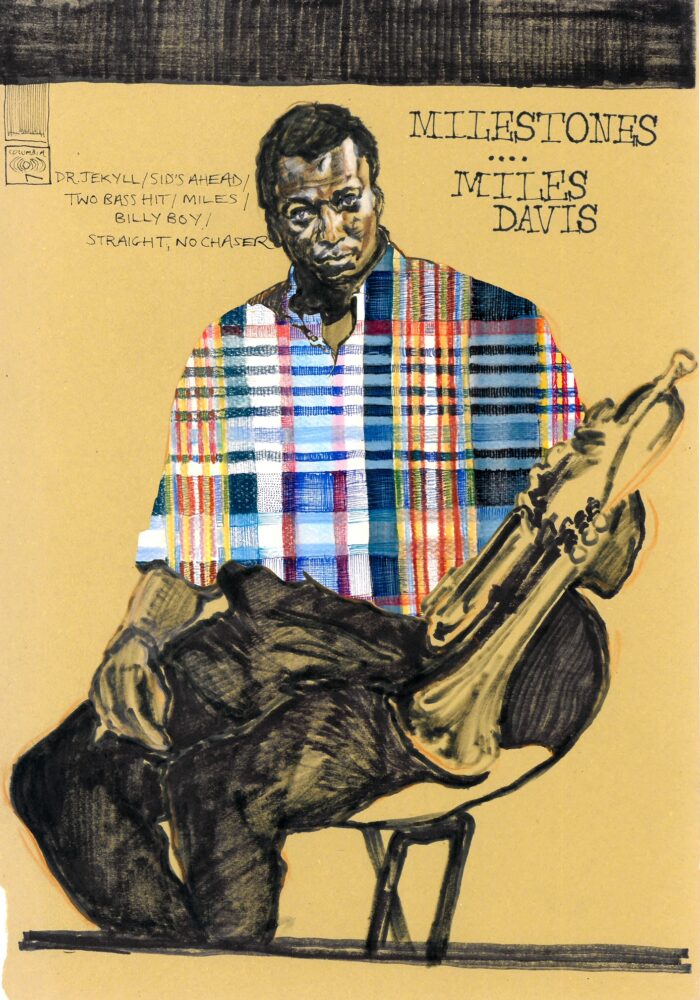 Utilising the very same hand-loomed, genuine Indian Madras cotton which we are renowned for, our new iteration of the classic summer shirt is now proudly made in London! This move has in turn allowed us to imbue the shirts with many of John’s favourite Ivy League details from the 1950’s/1960’s.

In addition to the elongated collar points, we have re-introduced the button through flap pocket. Whilst many key shirt makers of the period would utilise this style of pocket at times, such as J. Press and Gant, John recalls this feature as being a staple of Eagle Shirtmaker’s Trombley line. Similarly, the choice to utilise a seven button front, was inspired by the likes of Gant, Sero and Troy Guild shirt-makers, all of whom introduced 7-button plackets as part of their offerings in the 1960’s. Finally, the shirt’s gradually tapering tails were inspired by yet another, lesser-known shirtmaker of the period, namely, Truval, and their Career Club line. 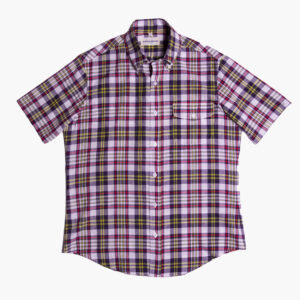 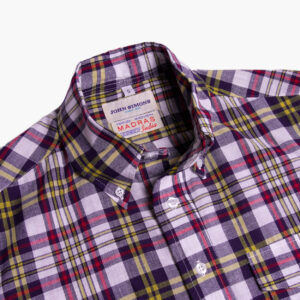 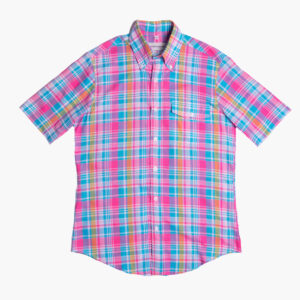 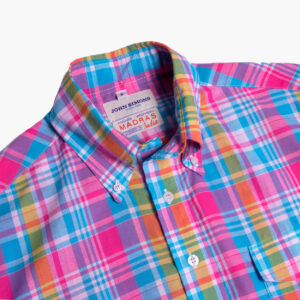 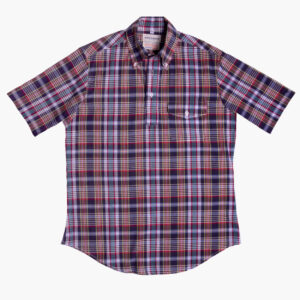 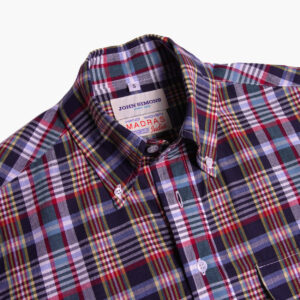 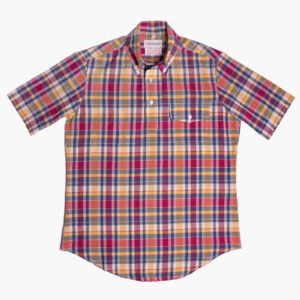 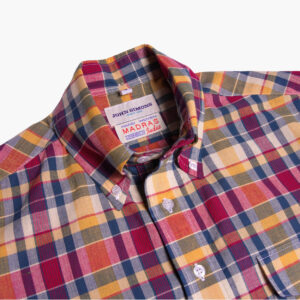