Ivy League Clothing and Modern Jazz are inextricably linked. If Jazz was the soundtrack of the 1950’s and 60’s, Ivy League was the uniform. Much has been written about Miles Davis’ formative visits to the Andover shop in Massachusetts, and whilst a case could be made for him being the first major Jazz musician of the era to wear the look, irrespective of this fact it remains true that by the late 1950’s Ivy League clothing was the dominant mode of male dress in the USA. Jazz musicians were no exception to this rule and the Natural Shoulder style could be seen on all manner of players, from Miles’ iconic green Oxford Cotton Button Down on the cover of his Milestones record, J.J. Johnson and his Popover and Seersucker jacket combo at the Monterey Jazz festival in 1961, or, Gerry Mulligan and his signature Sebgao Beef-roll loafers. Jazz wore Ivy.

This connection has informed the style of John Simons’ many stores since the Ivy Shop opened in 1964, and is still very much the case at No. 46 Chiltern Street. A visit to our store will often be remembered for the melancholy and dulcet sounds of Blue note Jazz, which echo as one peruses our wares. With this connection in mind, and in an attempt to better understand the context which birthed many of the Jazz greats, we sat down with Saxophone specialist, and fellow Chiltern Street local, Thomas Kleyn, of the imitable Howarth of London to discuss all things Jazz and Sax. 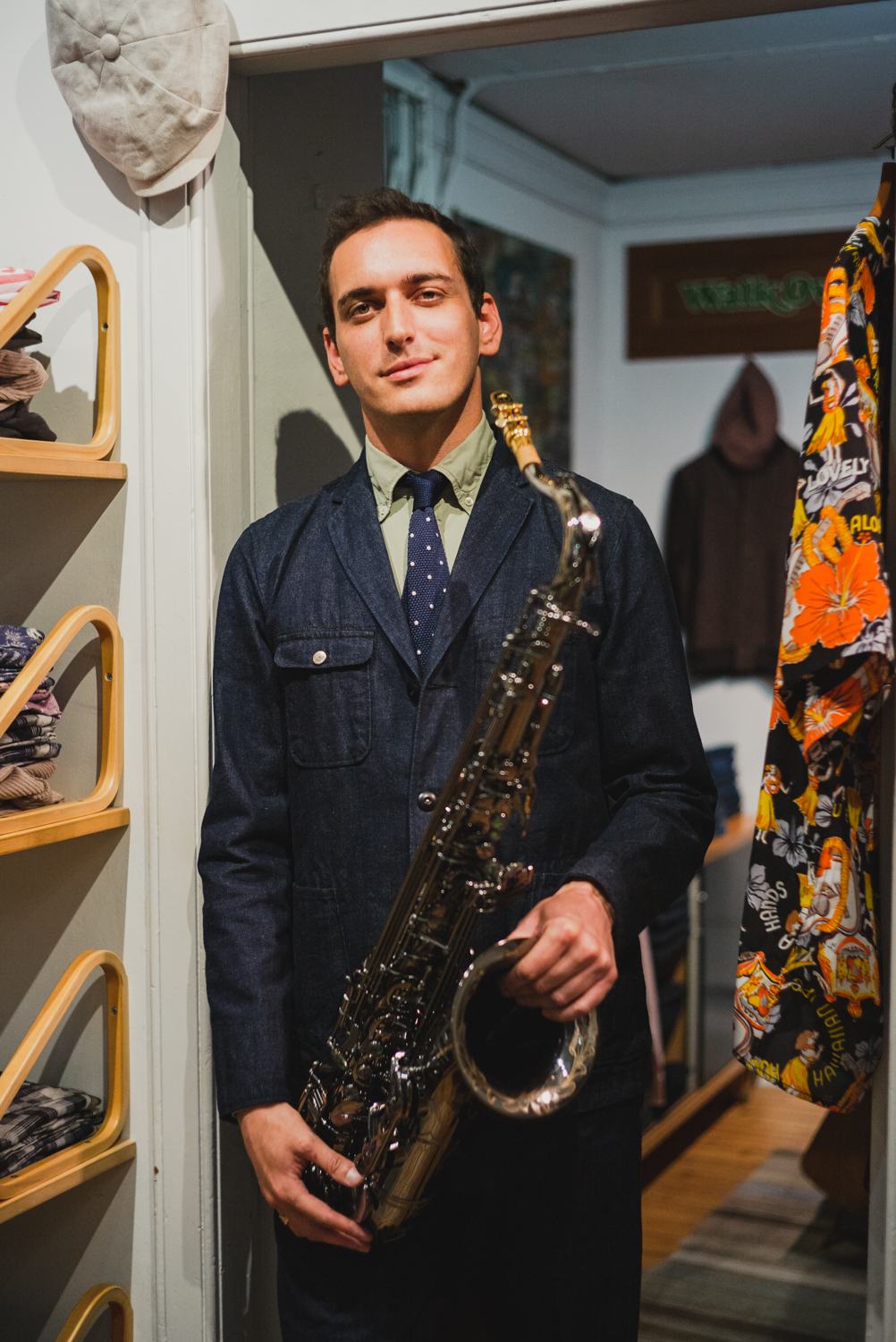 1. For the readers at home, could you please provide a brief history of Howarth and your own involvement with the store?

Howarth of London first came about as Howarth & Co., London with three musical instrument technicians coming together to design the first Howarth Oboe in 1948, (This consequently was quickly snapped up and played by the principal Oboist in the BBC Symphony orchestra at the time, Edward ‘’The Duke’ Selwyn). From these beginnings through to present day Howarth have provided professional instruments to a ‘’who’s who’’ of musicians in the music Industry.

In 1968 Howarth moved to 31 Chiltern Street (now 31-37) changed it’s name to Howarth of London and has been making and selling Oboes, Clarinets, Bassoons, Saxophones & Flutes ever since.

I joined Howarth 2 years ago as a Saxophone Specialist helping and advising young budding musicians starting out on the instrument as well as well-established professionals currently on the scene. I get to be involved in the setting up and testing of most saxophones that pass through the doors and learn more every day about the instrument through its players, as well as its skilled technicians.

At Howarth we make our very own ‘Chiltern’ Saxophones. I have actually brought one along today to show you. 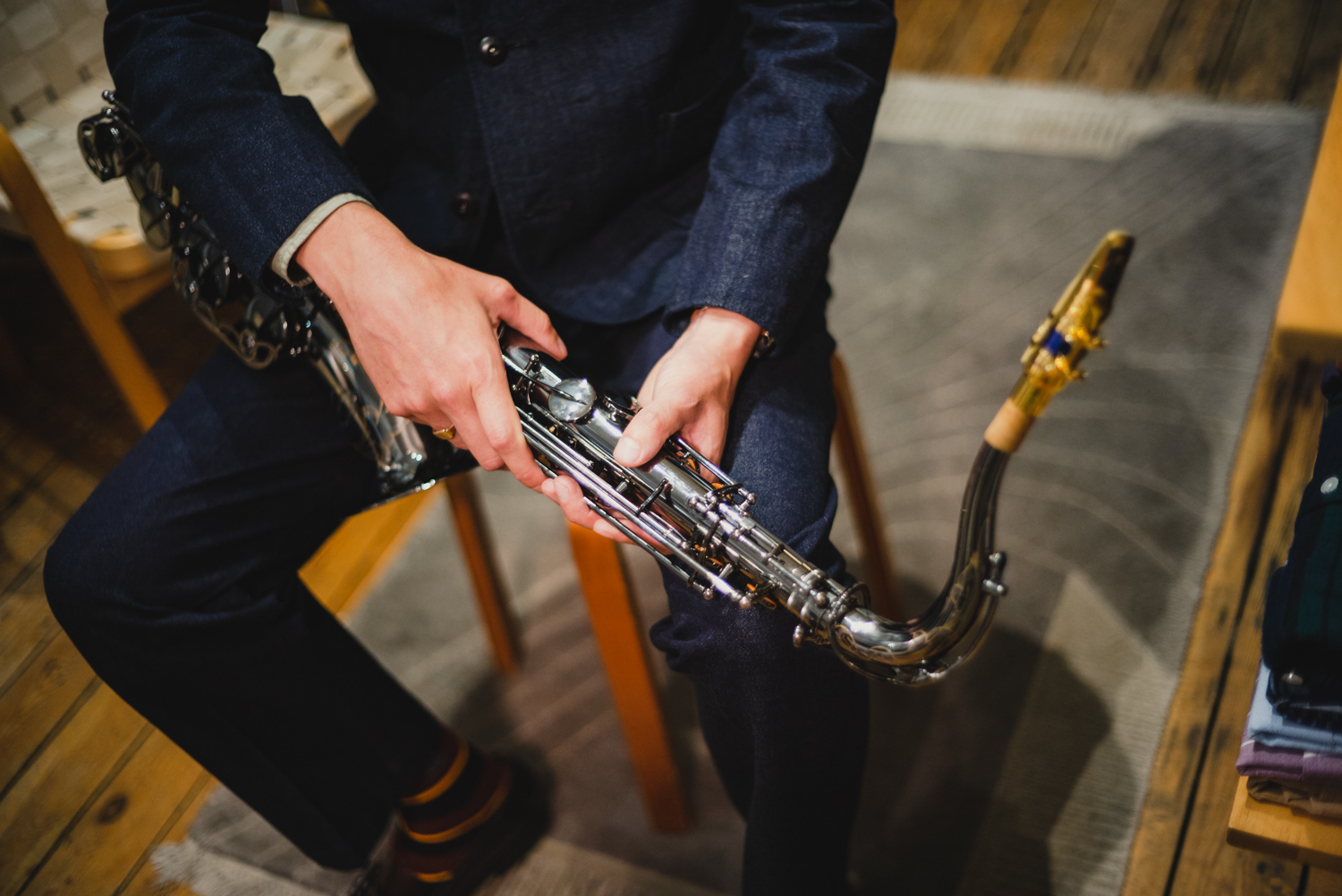 2. At what age did you begin playing Sax? Who were the musicians who inspired you and has this evolved over the years?

Started playing Sax at school when I was 10, although I must admit I think it was Lisa Simpson or possibly cheesy 80’s TV theme tunes that made me first pick it up. In my teens I was playing a lot of Soul and R’n’B music but It wasn’t until I went to musical college in Leeds where I was introduced to Jazz improvisation and had my eyes, and ears, opened to the Saxophone greats: Coleman Hawkins, Lester Young, Dexter Gordon, John Coltrane, Charlie Parker ‘Bird’, and so on.

Learning to improvise on my instrument gave me a greater idea of what is possible with music. Since Music College I have travelled the world playing music and have taken inspiration from the musical traditions of older musicians as well as from so many wonderful new musicians, and artists, and poets. The challenge now is finding out how to apply what I know to new and ever changing music. Luckily there is a wealth of knowledge in recordings to draw from! 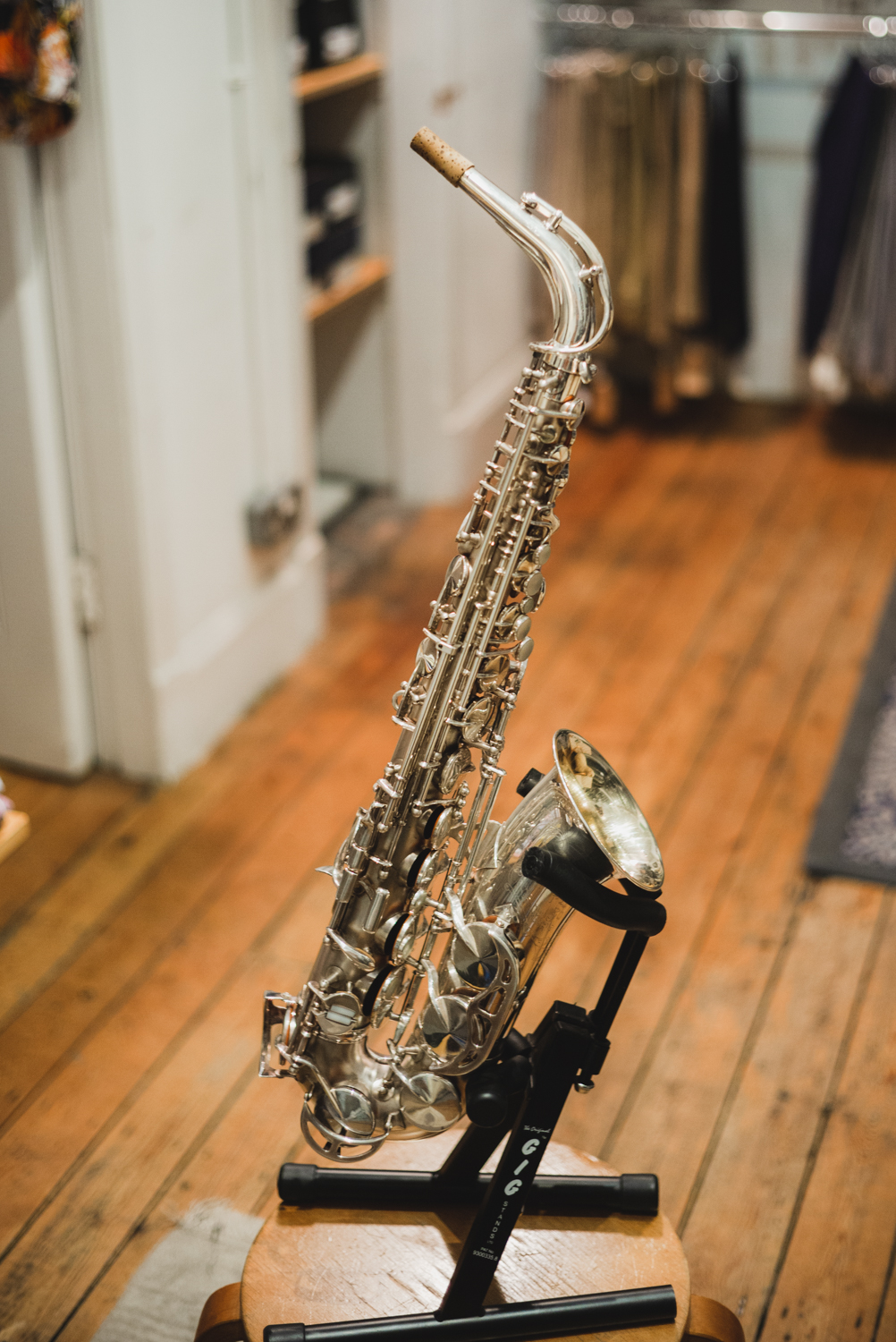 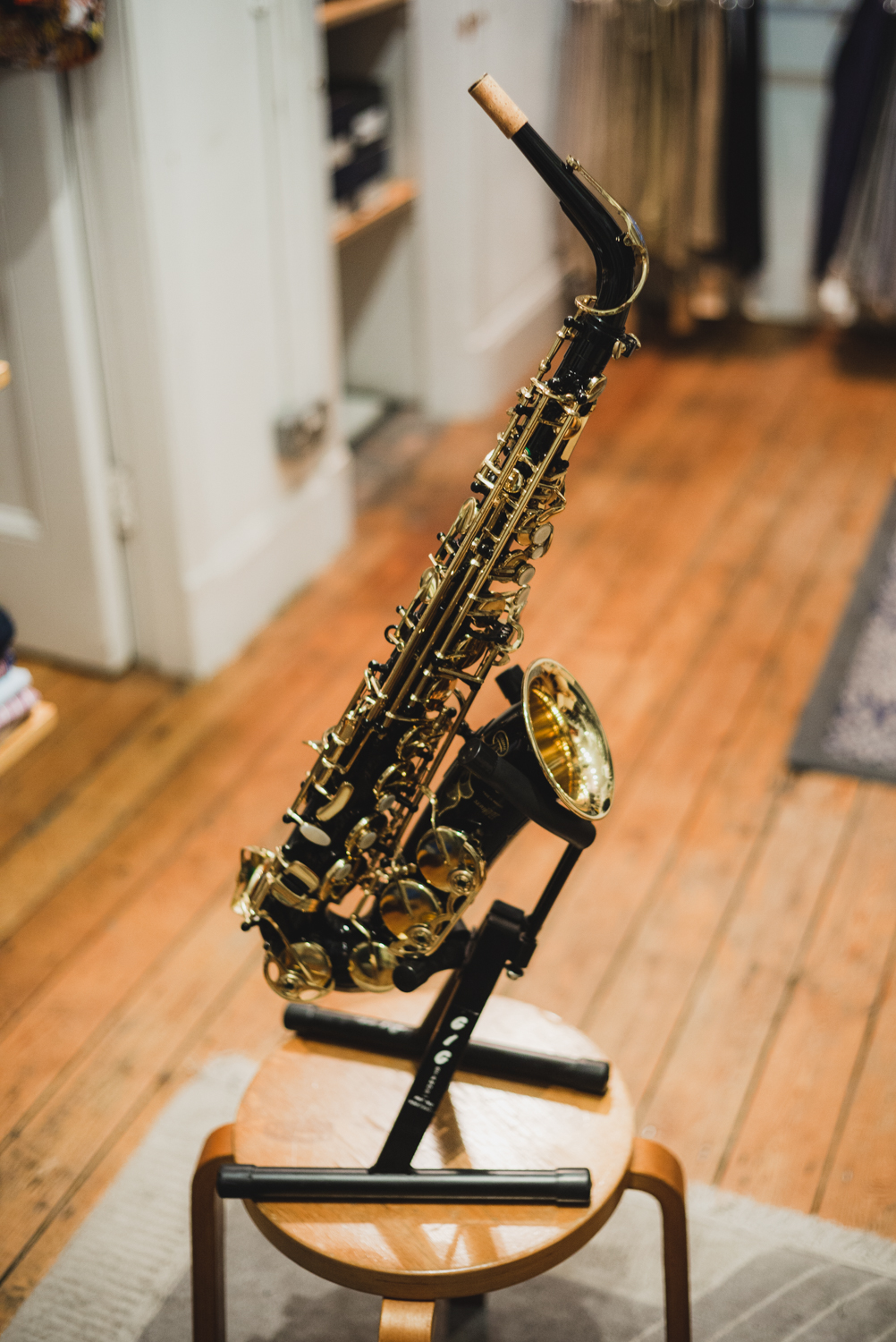 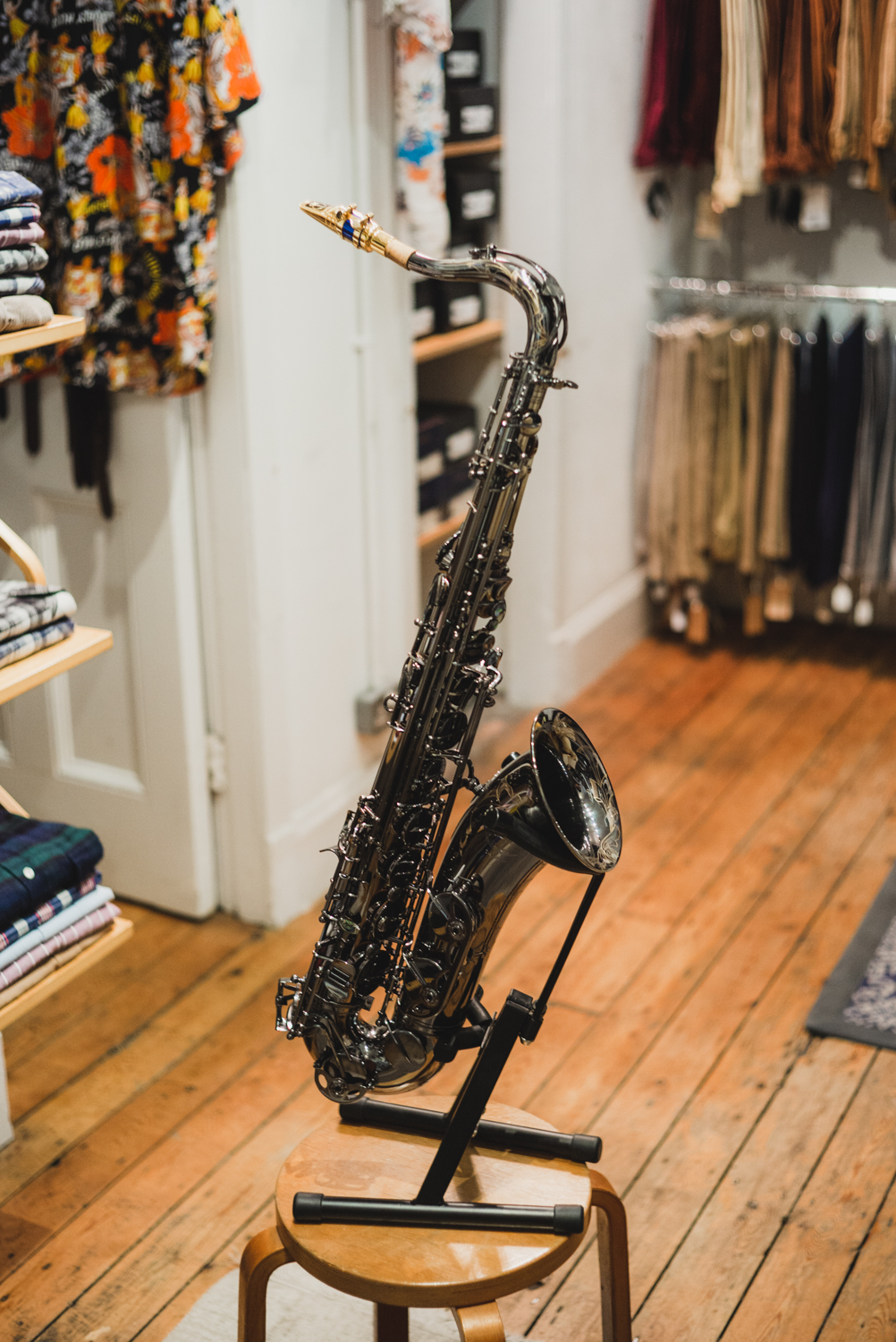 3. Modern jazz, and in particular the musicians of the 1950s and 60s, are a huge source of stylistic inspiration for much of what we do at John Simons. Can you tell us a little bit about which Saxophones would have been prevalent during this era?

I could get quite geeky and talk Saxophone for hours but, to name a few iconic saxophones being played at this time, I’d have to include:
King – the ‘Zephyr’ & ’Super 20’, C.G. Conn – M series ‘Naked Lady’, Selmer- ‘Balanced Action’ & ‘Mark VI’, Martin – ‘Committee’, & Buescher- ‘Top hat and Cane’.

These sax’s gave us the big honking solos from the likes of R’n’B artists such as King Curtis as well as the soft dulcet tones of Paul Desmond (Dave Brubeck Quartet). Not to mention the 50’s and 60’s also gave us Sinatra, the Miles Davis Quintet, Dave Brubeck’s West Coast Cool Jazz, and Chet Baker’s recording of My Funny Valentine. Jazz was everywhere; played in clubs, on the radio, in film and commercials, as well as being the voice for social & political change.

It is worth mentioning that during this time in 1954, French company Selmer launched their latest Sax, the ‘Mark VI’. It promised better intonation, better tone and a more ergonomic design and it was not long until Coltrane, Sonny Rollins, Joe Henderson, Dexter Gordon and many more iconic Jazz Saxophonist were playing this model Sax. This did not exclude our side of the pond where well known British Saxophonists like Tubby Hayes and Ronnie Scott also moved over to these Saxophones, or as I like to call them, the Rolls-Royce of horns. 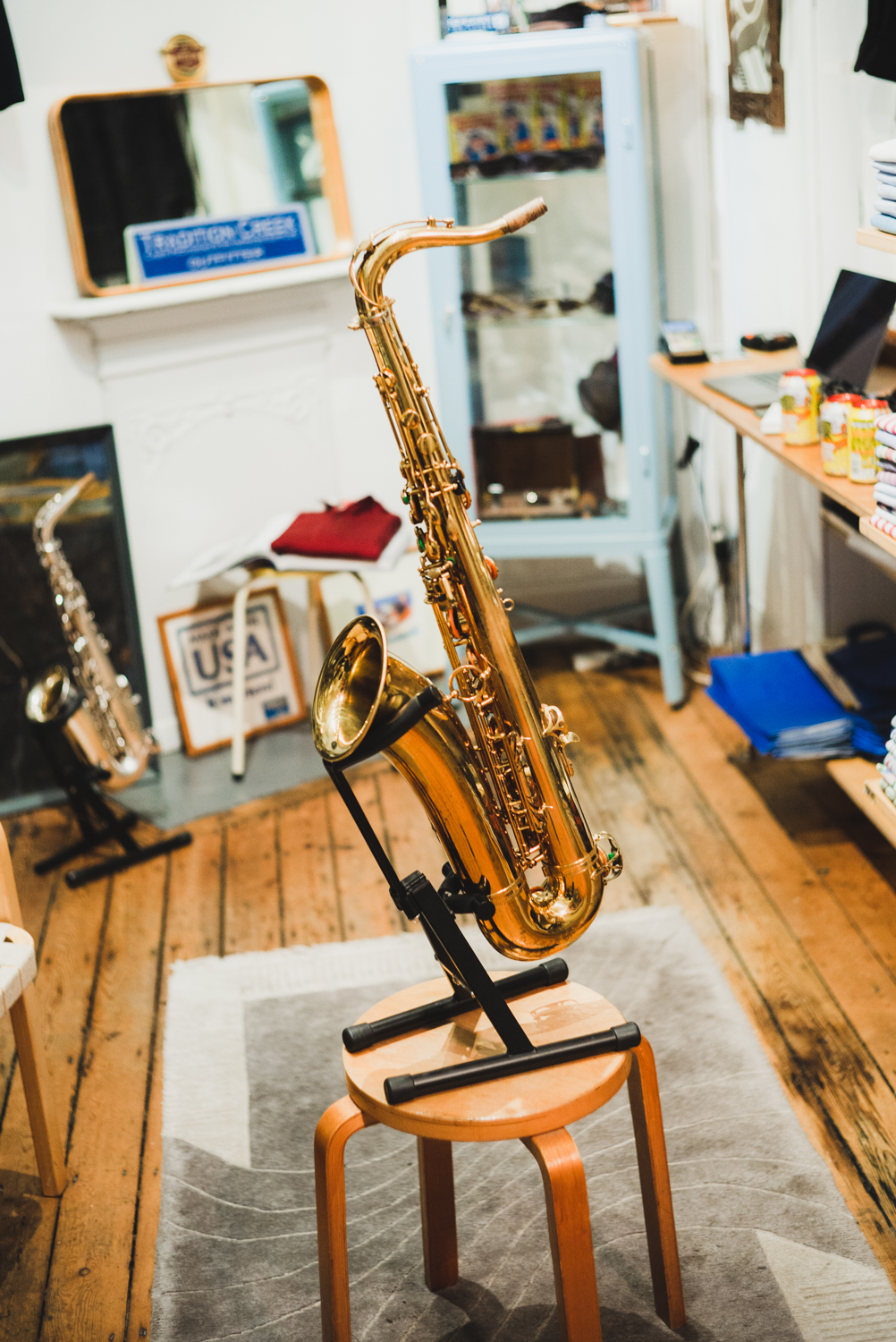 4. What are the key features that distinguish these particular instruments from their predecessors and/or contemporary models?

The success of Selmer’s ‘Mark VI’ made them heavily emulated by manufacturers and the stencil, essentially, for modern Saxophones you see today. We are ever tweaking the Sax to meet the needs and demands placed of modern saxophonists but you will always find a nod to the older sax’s in their design.

We sometimes get American Saxophones come through our store made during the pre-war era, which are so well made with beautiful craftsmanship, but due to the restrictions placed on the use of certain metals when the War broke out, many of these companies eventually folded.

5. Do you believe that Jazz remains culturally relevant in 2020? If so, why?

There will always be people listening to Jazz. It’s powerful, Individual, and can be incredibly emotive. Today Jazz is such a large umbrella term it can be hard to pin down what it is although its influence in music, style, and culture is undeniable. Its heritage is steeped in struggle but has always been a platform for free speech. For me, I see its relevance with this freedom of expression in modern art, literature and culture as a whole. It has always been a melting pot of styles, ever eager to apply new creative thought to its well established traditions. 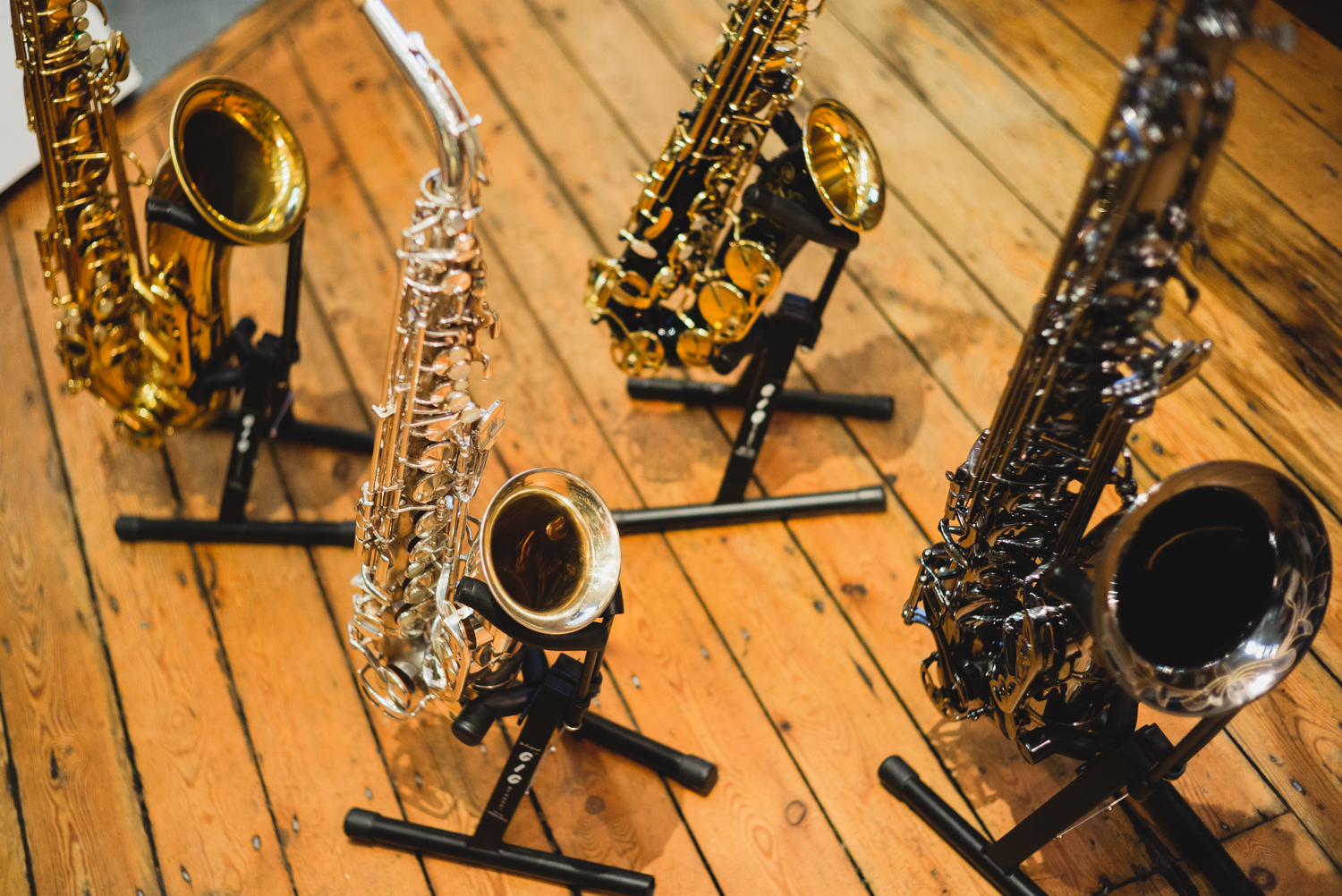 The Saxophones: A Break Down

American manufactures King set up in 1915 and the Super 20 model ran (through various series) from 1945 through to the late 90’s. This was the horn of choice for Cannonball Adderley. It has a big, warm sound and is a lot of fun to play!

Our very own Chiltern street Saxophone. This one features a lovely black lacquer, hand engraved bell and abalone shell keys. It is one of a few special designs we have come up with for our Sopranos, Altos, Tenors and Baritone Saxophones.

First produced from the mid 90’s these are a top, modern, professional Saxophone. This one we are selling second hand in store for a customer. Due to popular demand wait times for new Selmer Saxophones can often be 9 months or so, very much like waiting for a new baby!

First made in 1954, these Saxophones have found themselves in the capable hands of many of the Jazz Greats. Prices can sometimes fetch over £10,000 for a sax with a serial number close to that of a famous sax players horn! 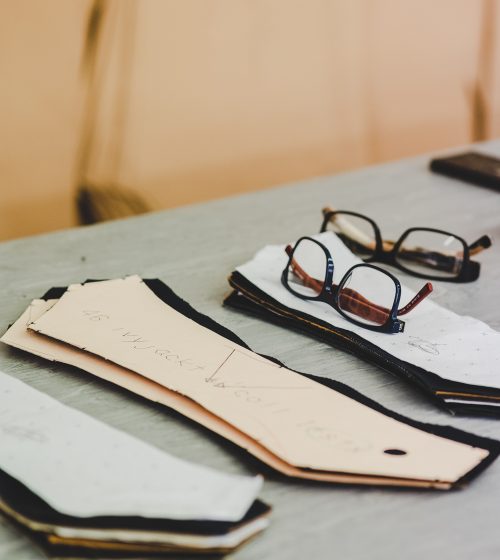 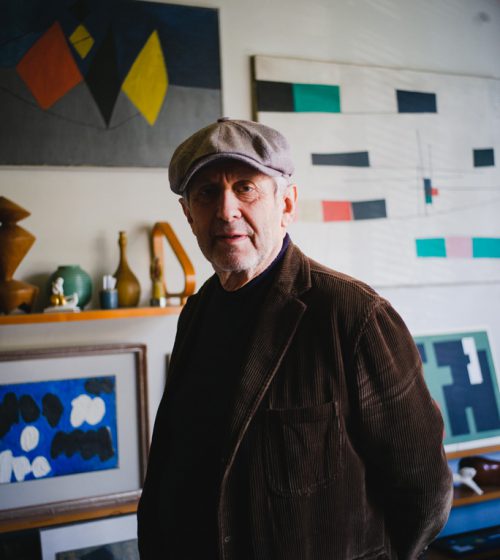 Modern Art, Soft Shoulders and the Bebop Revolution: A Chat with John Simons