A devout Ivy enthusiast, Mark Collins has been shopping at John Simons’ stores for over thirty years, first visiting Russel Street in 1986. In our conversation with Mark, we discuss his inauguration into the Ivy fraternity, the mystique of authentic American Ivy League Clothing, and the enduring appeal of the Paraboot Michael shoe. We also tap into why an individual might continue to shop with an independent outfitter such as John Simons in ever more homogenised world. Mark’s passion for clothing is infectious and true of many of our customers both old and new. 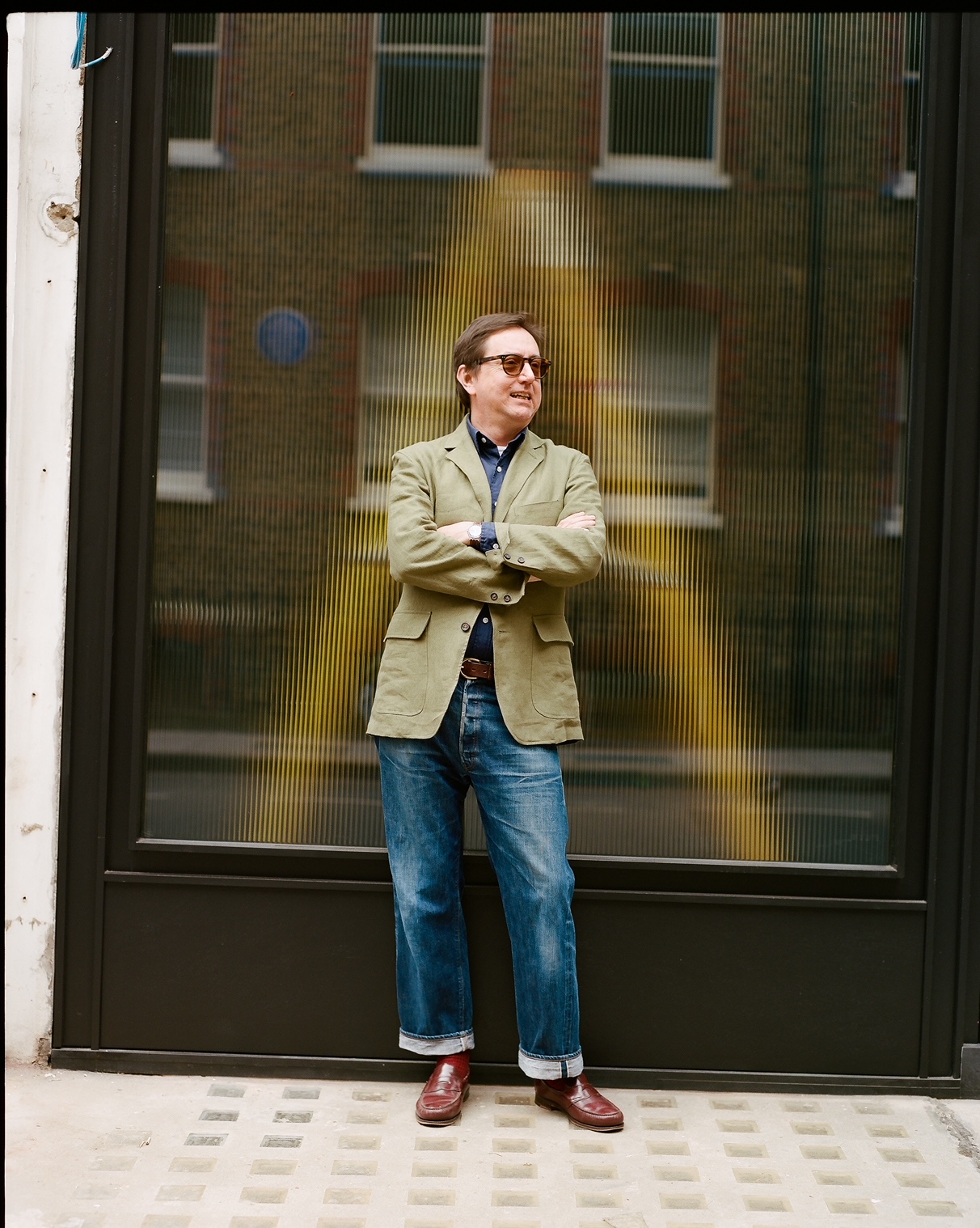 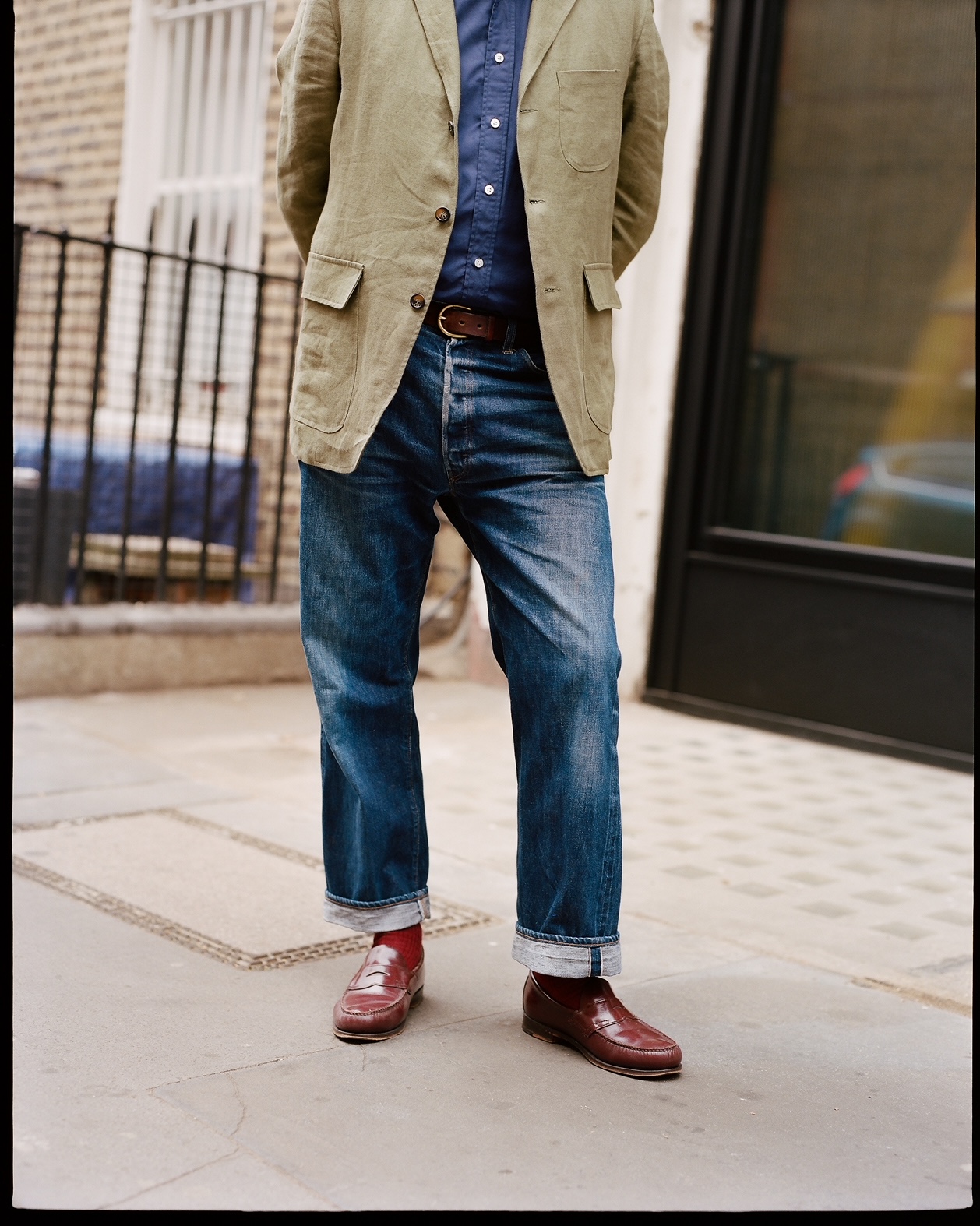 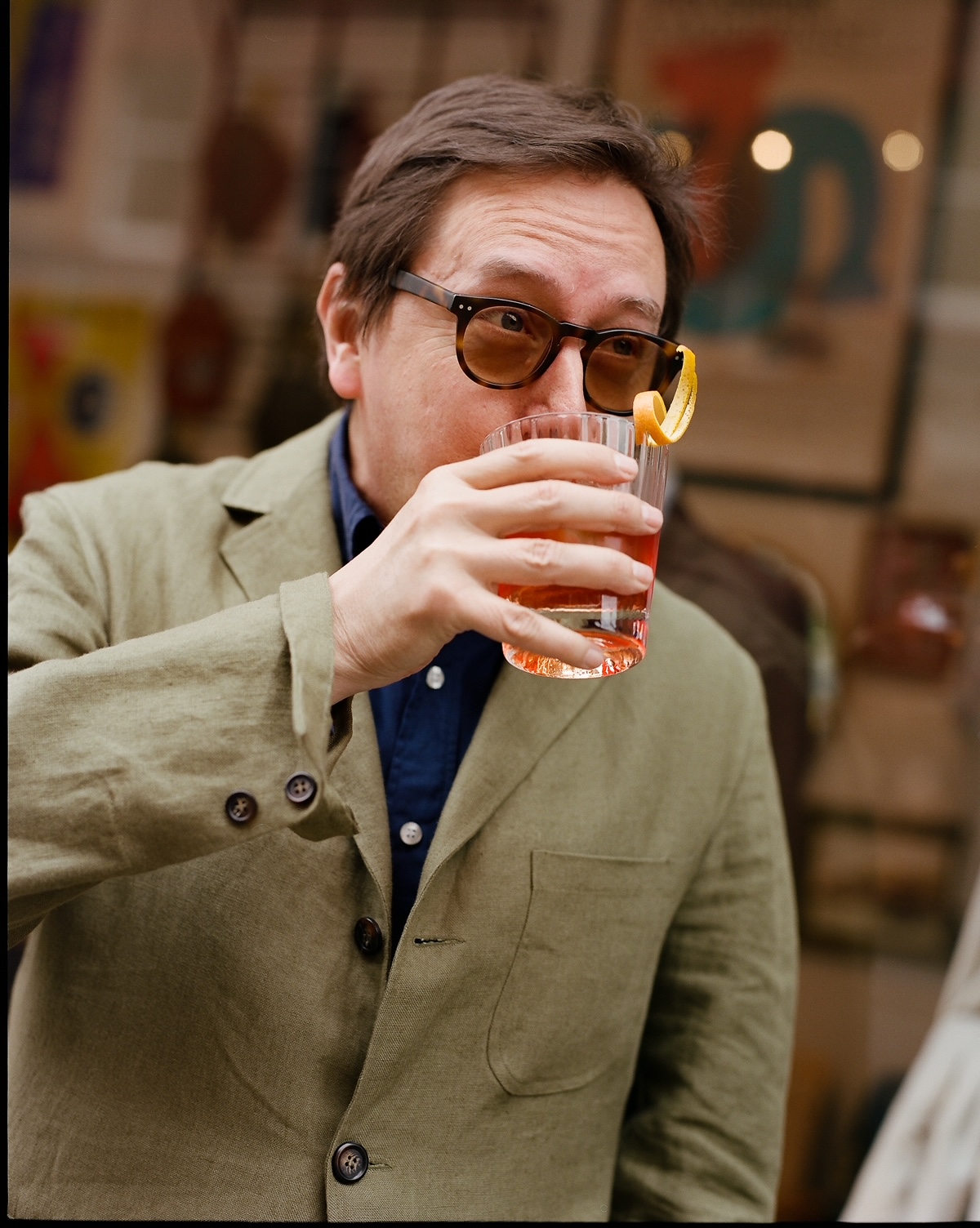 1. Can you remember the first piece of clothing you purchased with your first pay check? What was it and where was this purchase made?

Possibly a pair of Clarks deserts boots. My mum worked in the local Clarks shop which allowed for a hefty discount. I was always well stocked with deserts.

2. When was your first visit to the shop and what were your first impressions?
A very hot July Saturday in 1986 which I can only describe as some kind of sartorial rebirth.  We’d been clothes nuts before but this was a reset. Everything about the shop breathed authenticity: the stacks of American shirts by Troy, Gant and Sero  in the cabinet on the left. By the entrance rows of loafers; Bass, Dexter, Buffalo Creek, Eastland, Sebago along with brogues and bucks.  It wasn’t just the clothes though, the old ads and artwork on the walls, the old till straight ahead of the entrance. The changing rooms at the back . And who can forget the shoe stretching machine! It all felt authentic. So out went the fake Italian loafers and the M&S button down shirts and so began an education, obsession and membership of the Ivy fraternity.
The first items we bought would have been the Bass Weejun penny loafers. They did the Scotch grain penny then which we considered the ultimate loafer.  I remember the first time someone purchased a pair of Walkover saddle shoes. Sitting in a cafe in Soho and the shoes being presented to the group. We gazed in awe as though someone had produced the holy grail. At this point an intervention would have been useful.
We all appreciated the vibe in the shop. In other high end menswear shops you’d wonder if perhaps you’d stepped in something unpleasant  given the sneer on the faces of the staff as you walked through the door. J Simons was completely the opposite. John, Kenny and Jeff were always welcoming and interested. Of course they were selling something more than clothes and understood inherently why customers would continue to come back.  In the 80s we’d occasionally spot other well dressed people around Soho and the West End. These people really stood out then given the generally poor sartorial standard of the British male. Years later via the Internet you realised these were people who had also been shopping at Russell Street and having exactly the same experience. 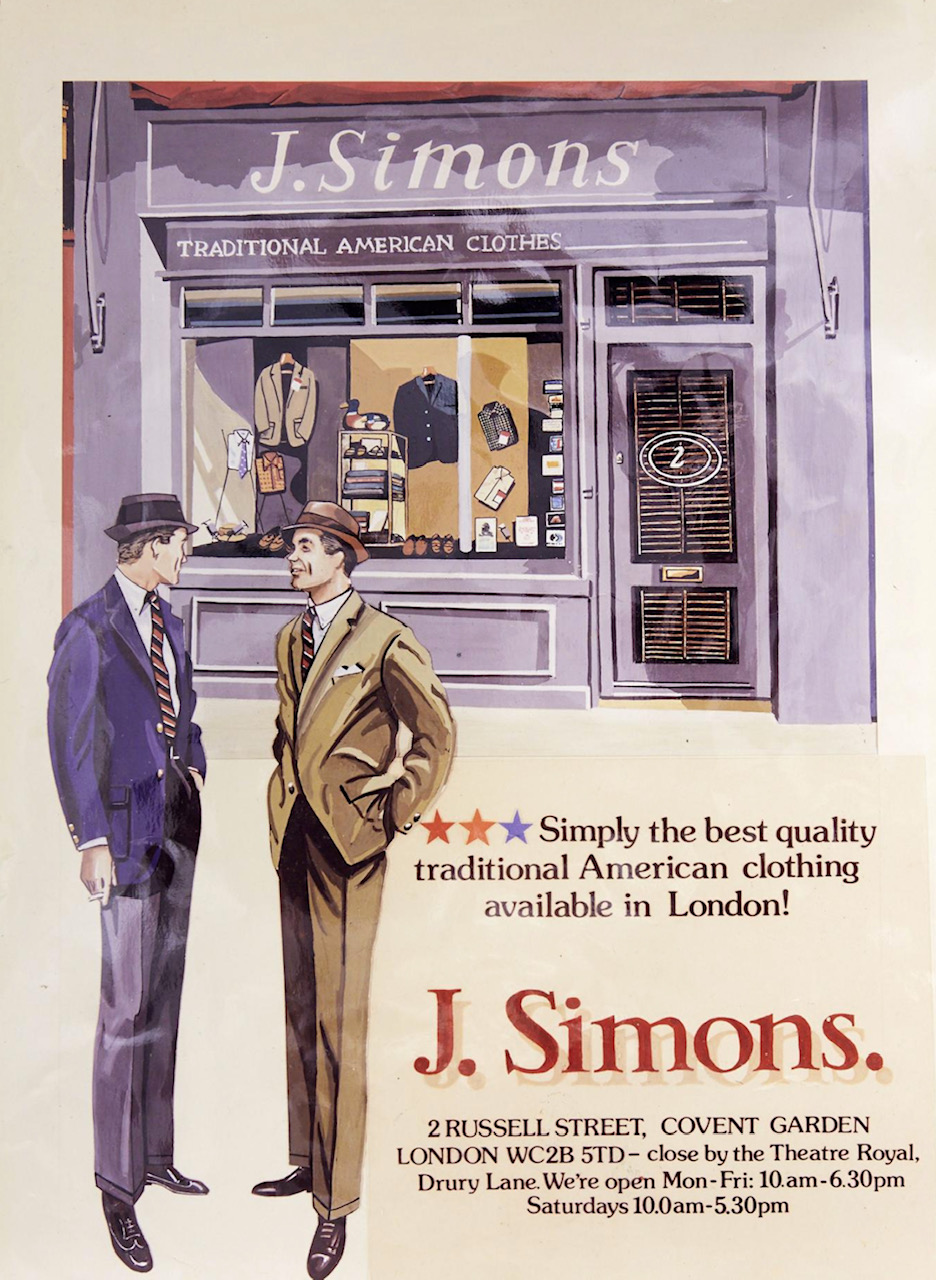 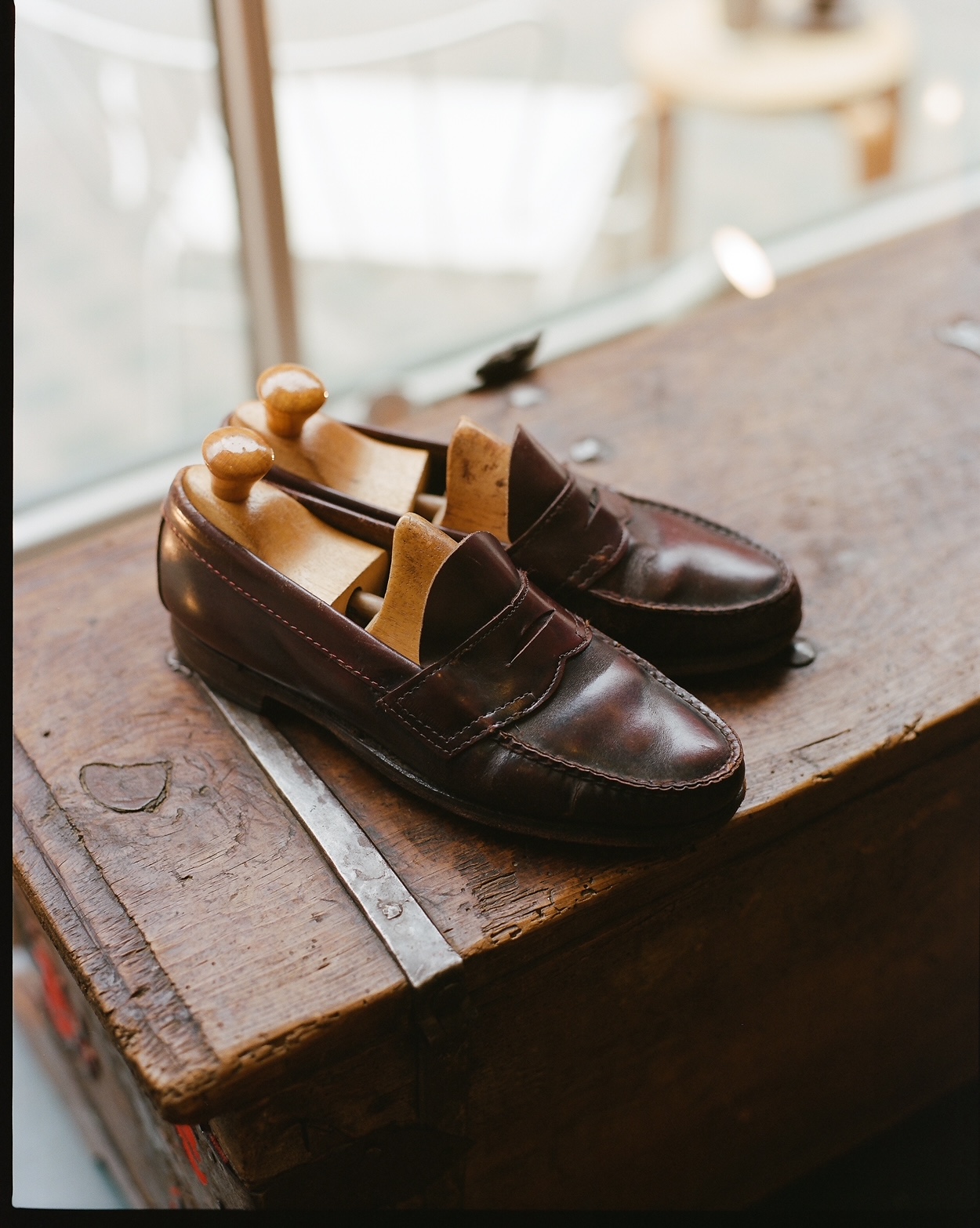 3. What item of clothing could you not live without?
It has to be a bashed and battered old pair of Paraboot Michaels purchased from Russell St in the 90s. What a shoe!  I love the clumpy slightly weird look and they’ve aged beautifully. We first came across them visiting Paris in the 80s. All the old chaps smoking Gitanes in the cafes, wore Michaels with their heavy corduroy trousers. It seemed to be a uniform.

4. What is your number one style tip for the readers at home?
I don’t have any tips aside from consider cut and fit in regards to body shape. That aside if you’re lucky or unlucky enough to be a clothes nut enjoy it, don’t take yourself too seriously and if you’re spending your child’s inheritance help is available. Oh and also go Ivy! The natural shoulder slack jacket is very forgiving. 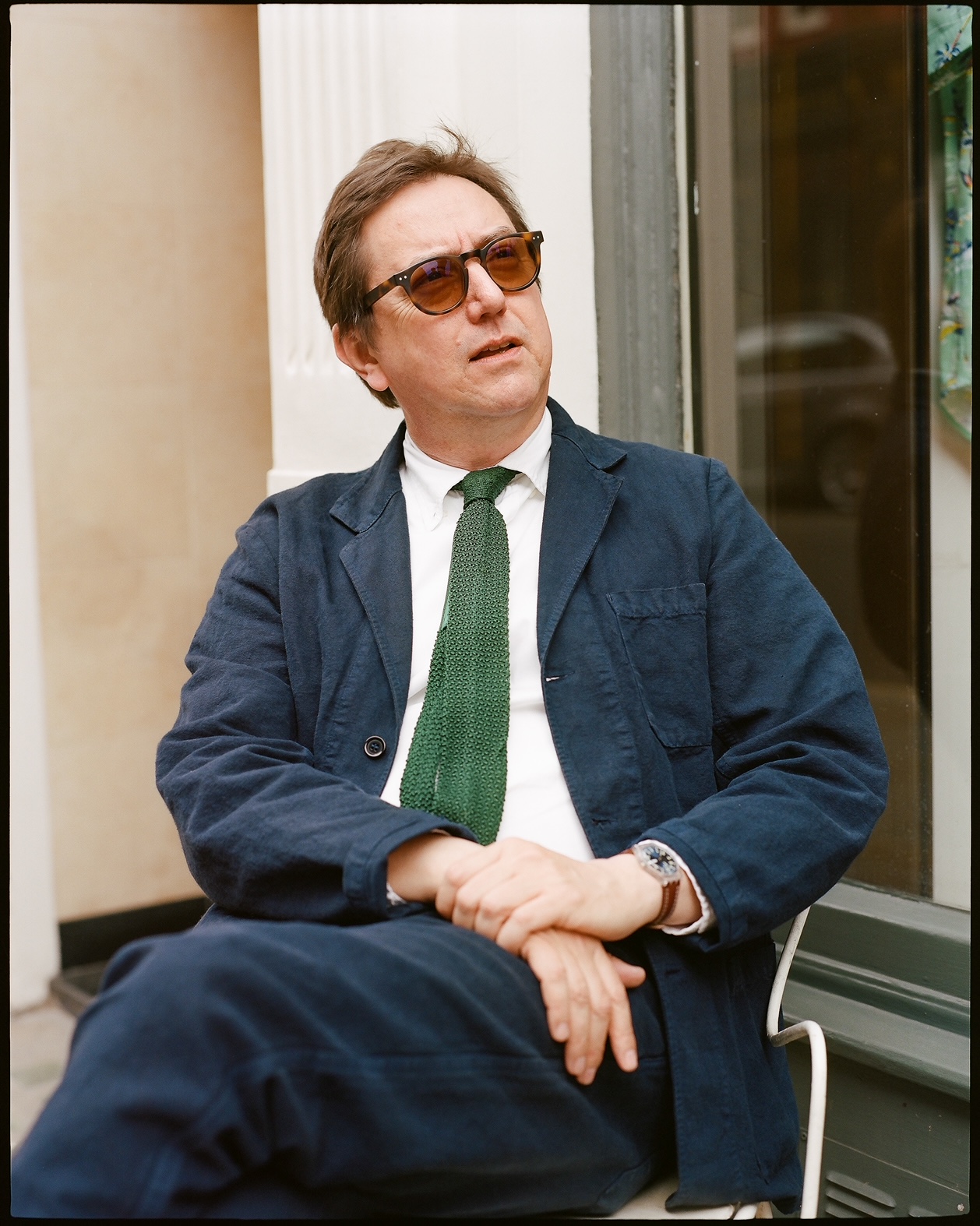 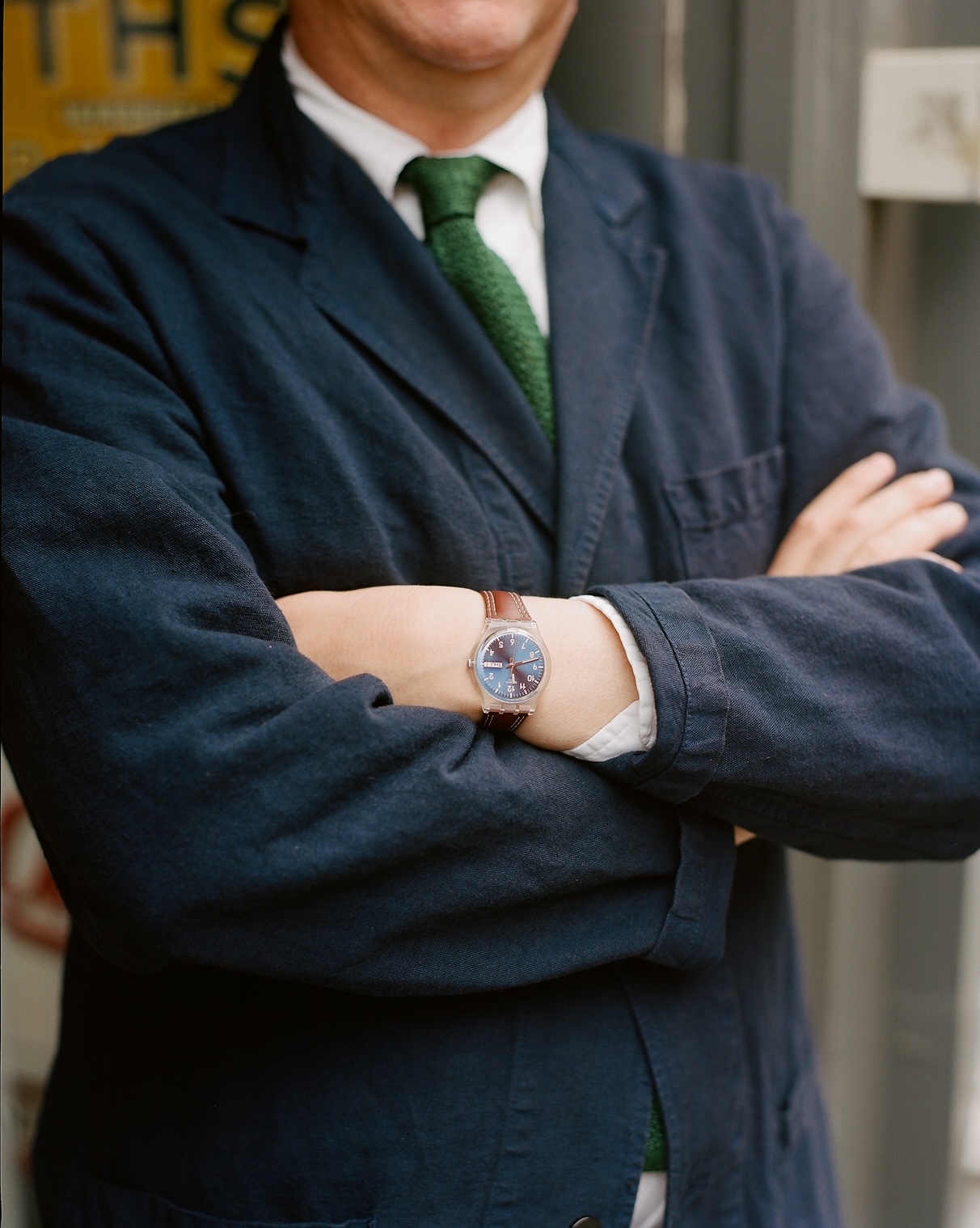 6. If you could choose to attend a concert from any artist, dead or alive, who would it be and what would you wear?

Nina Simone. She played at Ronnie Scott’s a lot in the 80s and 90s. She had a bit of reputation for being somewhat unreliable. I had a few opportunities to go but never did. What an idiot.
If it was summer I’d wear my perfect JS seersucker suit, perhaps with a white BD with a madras tie or maybe I’d tone it down with navy polo shirt. Shoes would be Scotch grain bass loafers. No socks of course!

7. Do you feel that your profession has impacted your style? Or do you feel as if your sense of style has impacted your choice of profession?
Neither really. I love clothes and would dress the same if I worked in McDonalds or Morgan Stanley. I work in social housing development and always feel by dressing up I’m showing respect to the residents I work with. I very much regret the dress down culture of the workplace. I don’t believe men should dress like their teenage sons. At least not at work. Hopefully the pendulum will swing back. 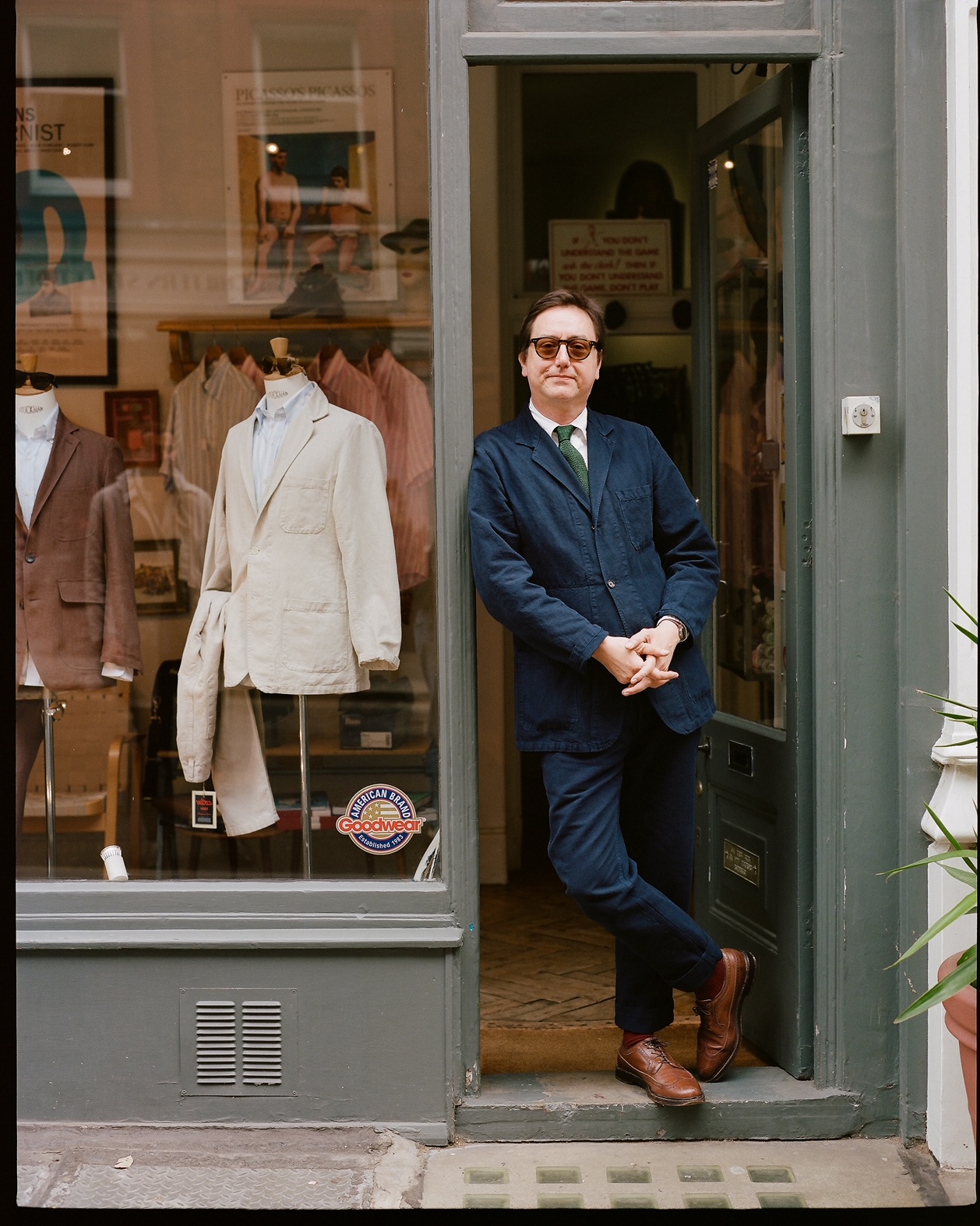 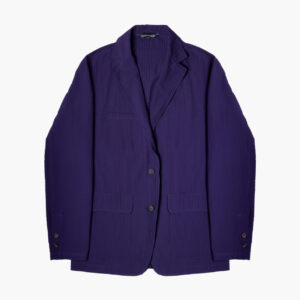 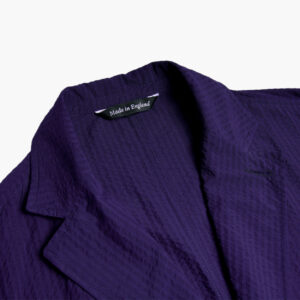 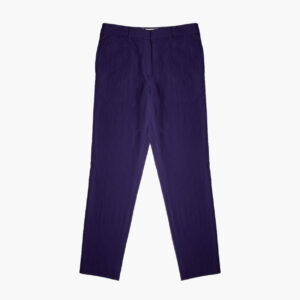 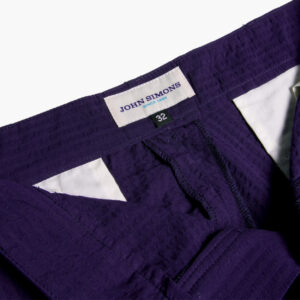 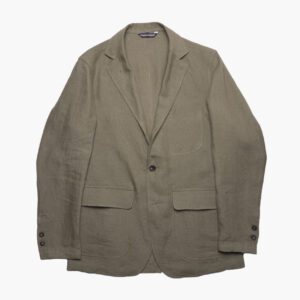 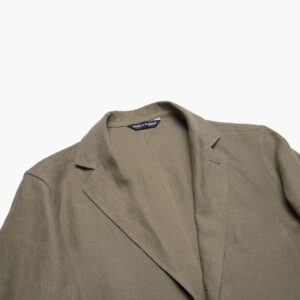 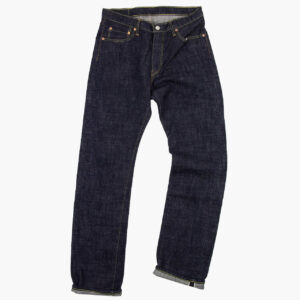 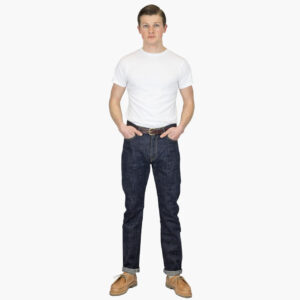 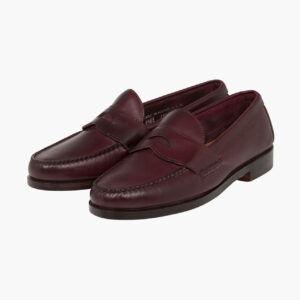 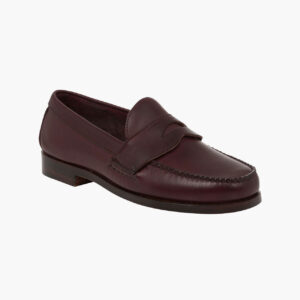 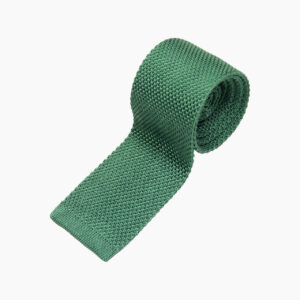 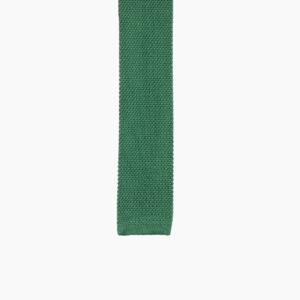 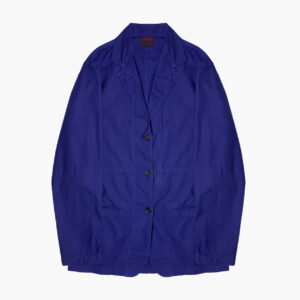 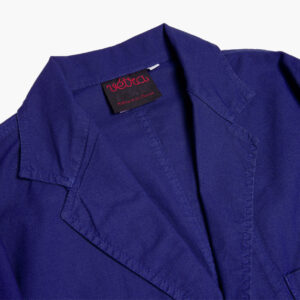 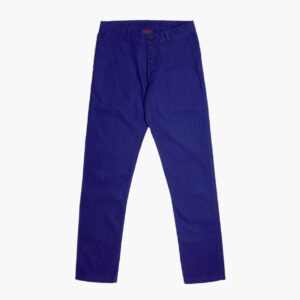 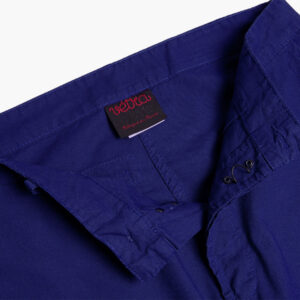 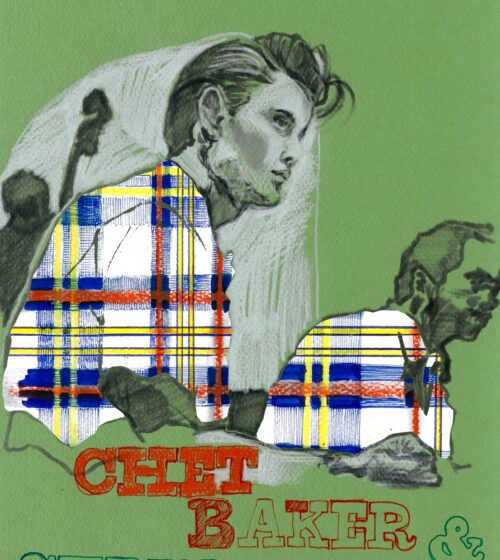 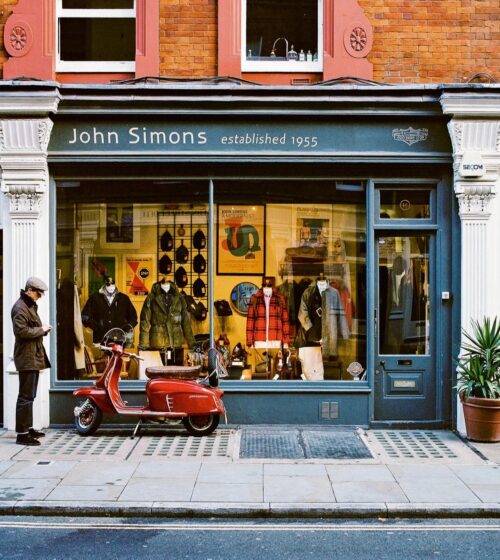 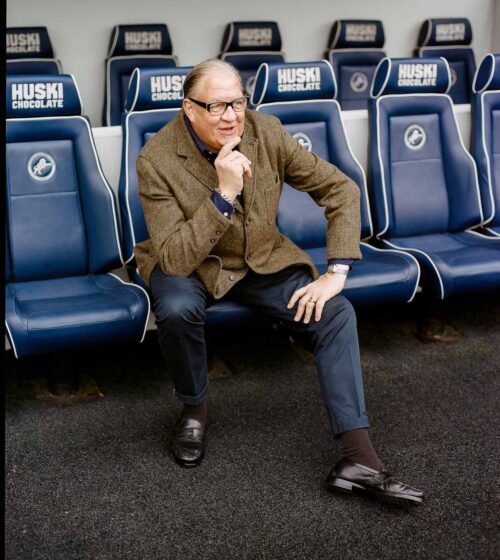